Why Did My Potato Burst In The Oven?

I use Idaho potatoes, wash them, dry them, poke them, and cut the ends off in a 400 degree F oven until done. In the last year, twice, one out of five potatoes burst in the oven. Stinky and messy. I have been baking potatoes since a kid with a wood burning oven. Why does this happen?

So sorry this happened to you again. I have had the same thing occur, but very infrequently. Usually the potatoes I put in the microwave that are fairly large will cook from the outside in and get too hot around the outside while the inside is still cool. In that particular instance I learned a lesson from a large manufacturer of pre-baked potatoes that are prepared by going thru giant ovens on a conveyor belt. They have multiple ovens and one line of potatoes. They heat up the potatoes for a couple of minutes and then as the potatoes exit the oven, they cool off slightly and then they enter a hot oven once again, repeating the heat, then cool cycle. The result is a potato that bakes without wrinkling the skin. This may be the secret to a better microwave potato. Now when I fix them at home I cook part way, then let cool 20-30 seconds and then finish microwaving.

The reason I mentioned the microwave is that it may be a clue as to what is happening. A russet potato is usually about 80 percent water, so poking it and trimming off the ends will help the steam escape. Sometimes a potato could be even moister and the water, especially in a larger size potato may be trying to escape as steam from the middle cells of the potato. It hits the outer cells, already expanding from heat and bursts open. Usually it doesn't explode, just breaks the skin open.

A couple of things to check... is the potato baking too long? Is the outer skin wrinkled? The internal temperature of a fully baked potato is 210 degrees F, easy to measure with a meat thermometer. In restaurants they usually pull the potatoes out of the oven at 185 degrees F as it will continue to cook. Are there hot spots in the oven that are cooking at a higher temperature? Is the potato on the middle rack with more air circulation around it rather than the top rack? Has the oven been calibrated? Is it on a conventional or convection oven setting? Convection helps circulate the air for more even cooking.

What variety is the russet? I almost never have an issue with an Idaho® Russet Burbank. Early harvest varieties such as the Russet Norkotah sometimes can have a hard center portion that refuses to cook, we don't really know what causes this but it may be linked to cool growing temperatures at the end of the season (we had lots of rain this year the last month before harvest).

Hope some of these thoughts help. 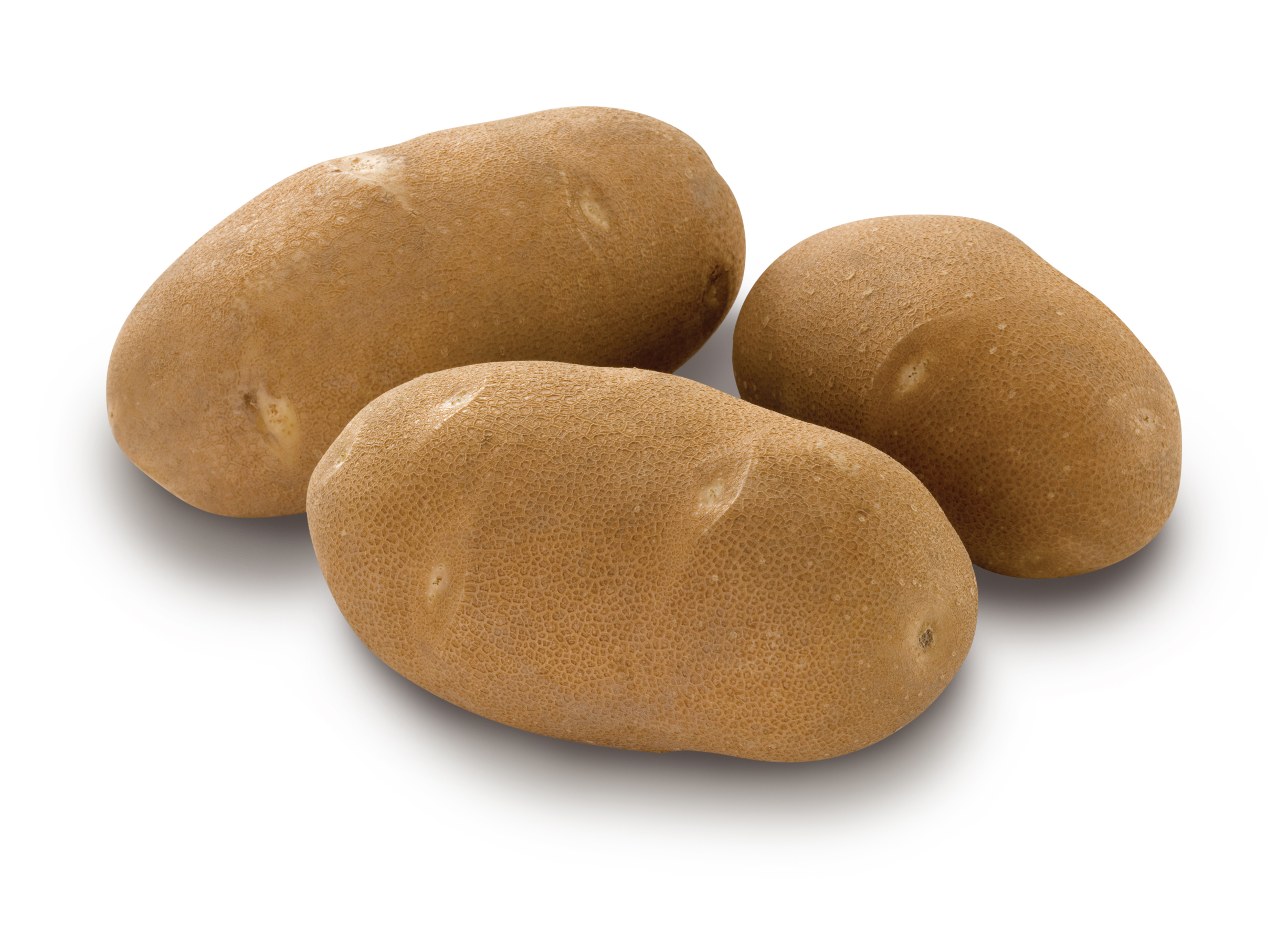